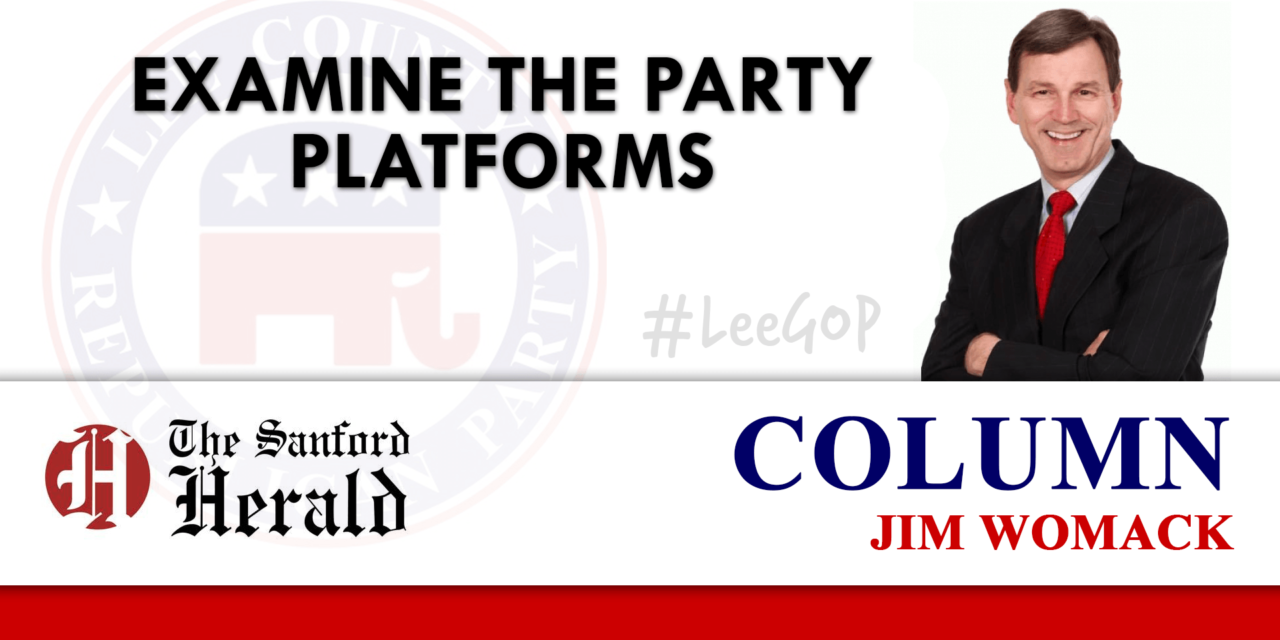 Rhetorical sparring between political parties traces back to the earliest days of our republic.  Our general population finds the discourse tiresome and unproductive, for the most part, but still it persists.  In this era of digital communications and social media, the fervor of party disagreements is magnified, often emphasizing the tone over the substance of the arguments, giving “politics” an increasingly bad reputation.

With this as backdrop, I suggest we set aside the emotion and pitch of local, state, and national politics and consider what the political parties espouse in their official party platforms; within which lie their respective values and principles.  These platforms are what defines our parties and sets them apart as purposeful professional organizations.

Every four years at the national party conventions, Republicans and Democrats gather from across the nation, bringing with them their ideological positions on widely ranging topics including abortion, capital punishment, prayer, immigration, gun rights and even foreign policy.  These positions are coalesced, debated, refined and adopted through a deliberative process.  In the end, they represent each party’s official positions for the ensuing four years.  I like reading these platforms because they show stark differences in what the parties truly call for in our republic.

The party platforms are posted prominently on the internet- Democrat; and Republican.  Voters will find these documents useful for comparing and contrasting their positions and differences.

What the parties say (or abstain from saying) in their platforms should be what our citizens use in deciding which party their values most closely align with.  To affiliate using any other methodology is disingenuous.  For example, it would be silly for someone to associate with and support the ANTIFA movement simply because they like to wear black clothing, or for someone to align with the KKK because they enjoy campfires.

It is no less ridiculous for a voter to call themselves a republican if they believe in big government, disproportionate taxation, on-demand abortion, and eradicating prayer and God from all institutions other than the church.  Nowhere in the republican platform is there support for any of these progressive ideas.   Those positions are either enumerated in or compatible with the Democrat Platform.

Read these two platforms and digest their values and principles.  Make an informed decision about which purposeful professional organization you want to register with and be true to your values when you vote.